How To Rebuild A Kasawasaki ZXR750 H1 H2 Water Pump

How To Rebuild/Fix A Kasawasaki ZXR750 H1 H2 Water Pump

They say you cannot rebuild these, but guess what – you can! Here is the instructions with photos below as written by Philb from the red monkey ZXR Owners Forum…

1. I can press the pump apart at work to try, but I would rather try out the repair on a spare one in case I feck the only one I have doing it.

2. Todays top tip…..don’t try to remove the impeller shaft from the bearing it goes through by pressing or hitting it, you will fuck it…..the outer bearing case has bearing races machined into it so the shaft and bearing are a one piece assembly, (I know that after destroying one getting it apart! 🙁

3. Found a water pump seal kit from another Kwak which fits the H1/2 water pumps for £20. http://www.ebay.co.uk/itm/MECHANICAL-WATER-PUMP-SEAL-KAWASAKI-VN-800-C-Drifter-1999-2000-B98-G134. Sealant is required to bed the new seals into the pump housing and impeller. Also bought for less than £2 the double lipped oil seal for the gearbox end of the housing. (OS 12X28X8mm R23 Metric Oil seal).

4. Cut a slot in the impeller down to the pump shaft with a junior hacksaw blade (took awhile) then applied just a bit of heat to lever the impeller off the shaft using two screwdrivers. Removed the knackered seal from inside the impeller then removed the main seal from the housing. Bead blasted the crud / shite off the impeller and welding the slot back up.

5. I had to swap the spare impeller I was going to use as the inner diameter was slightly larger than the one I cut off. (Christ only knows why but it was a different size ??!!!???). Injected new grease into the bearing housing using a syringe, it took awhile but it worked….The oil seal behind the main water seal was shot so I cut up a new oil seal (4th Photo) and put that behind the main seal.

6. Just thought I’d let you muppets know that the fix worked and the pump is running fine….. 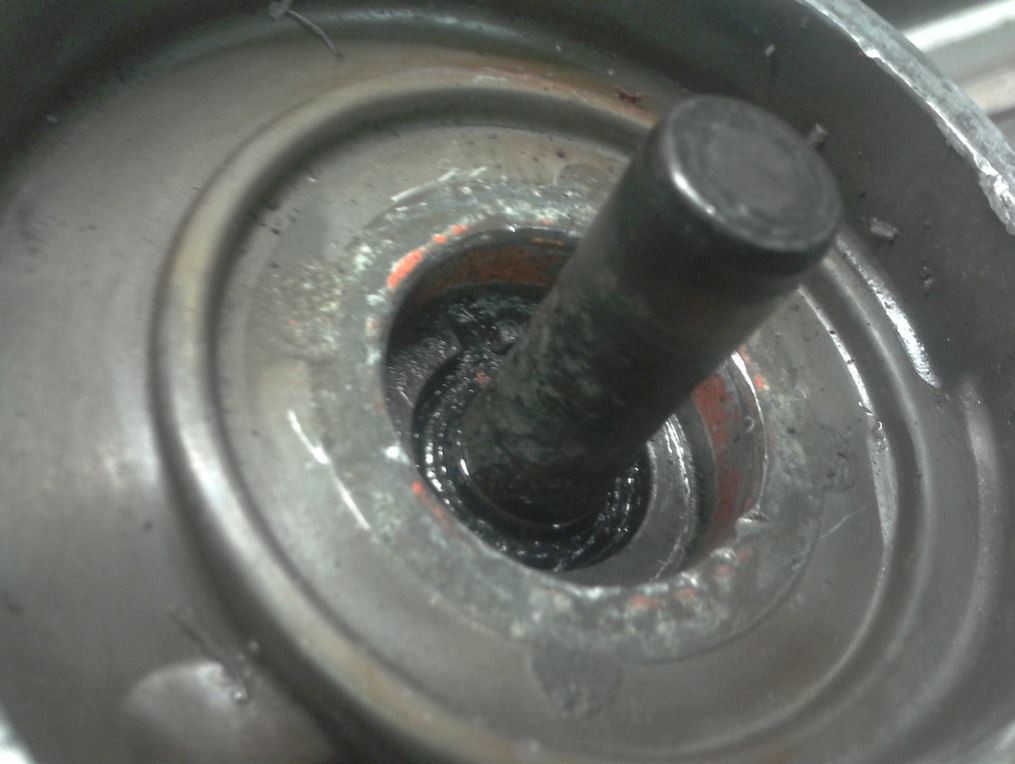 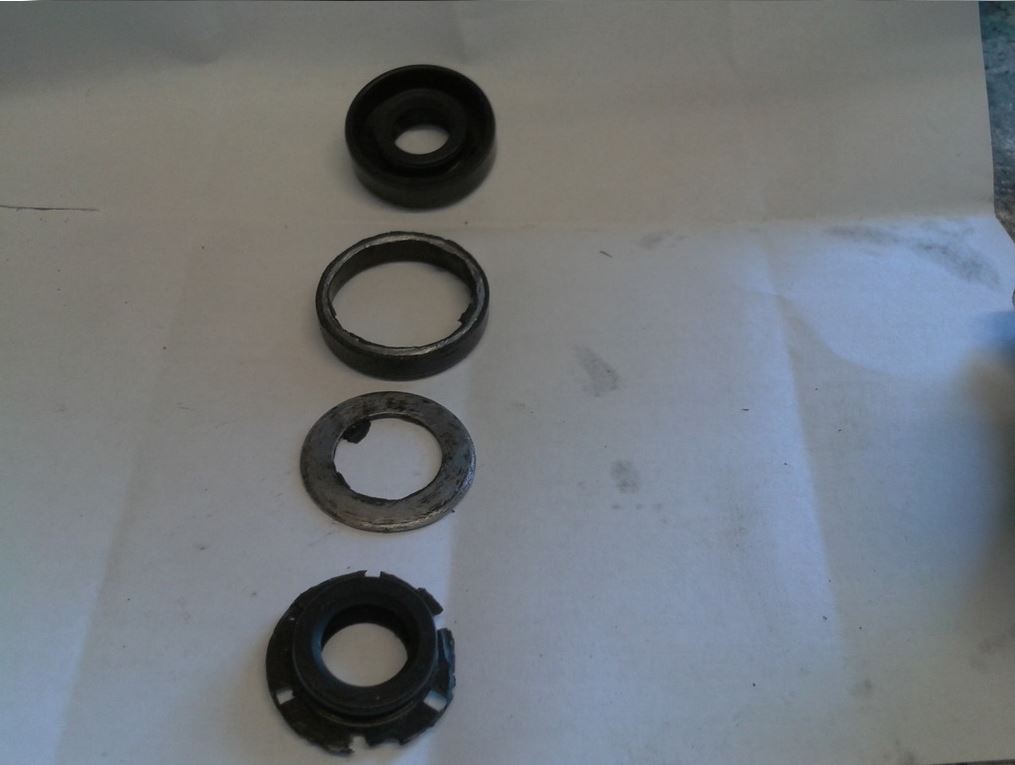 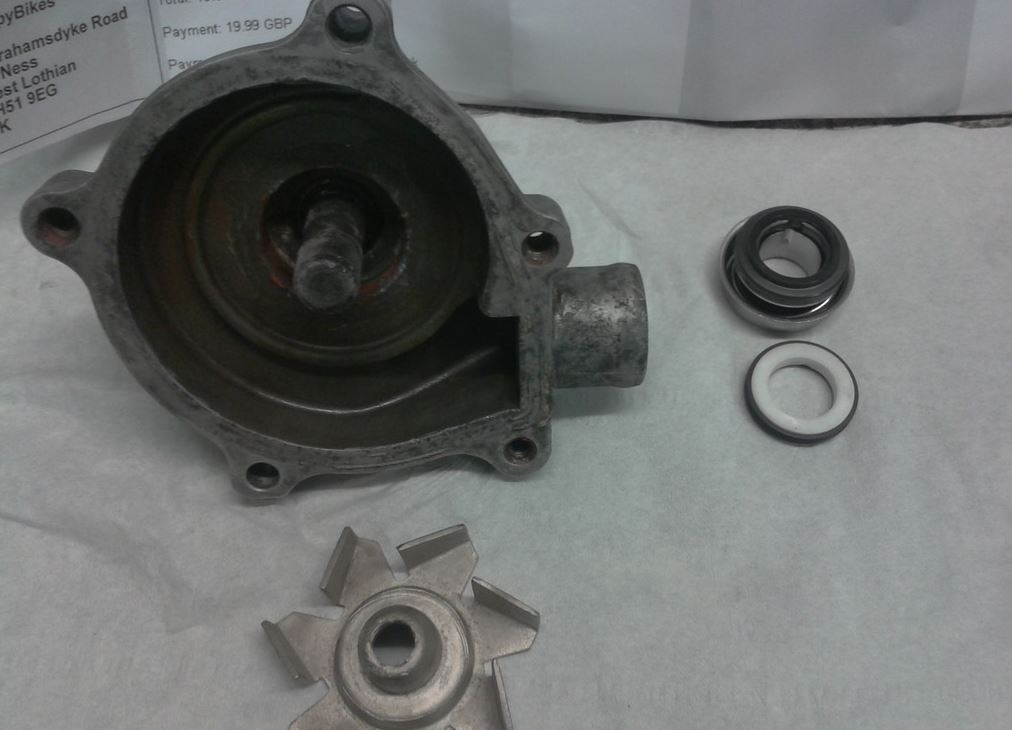 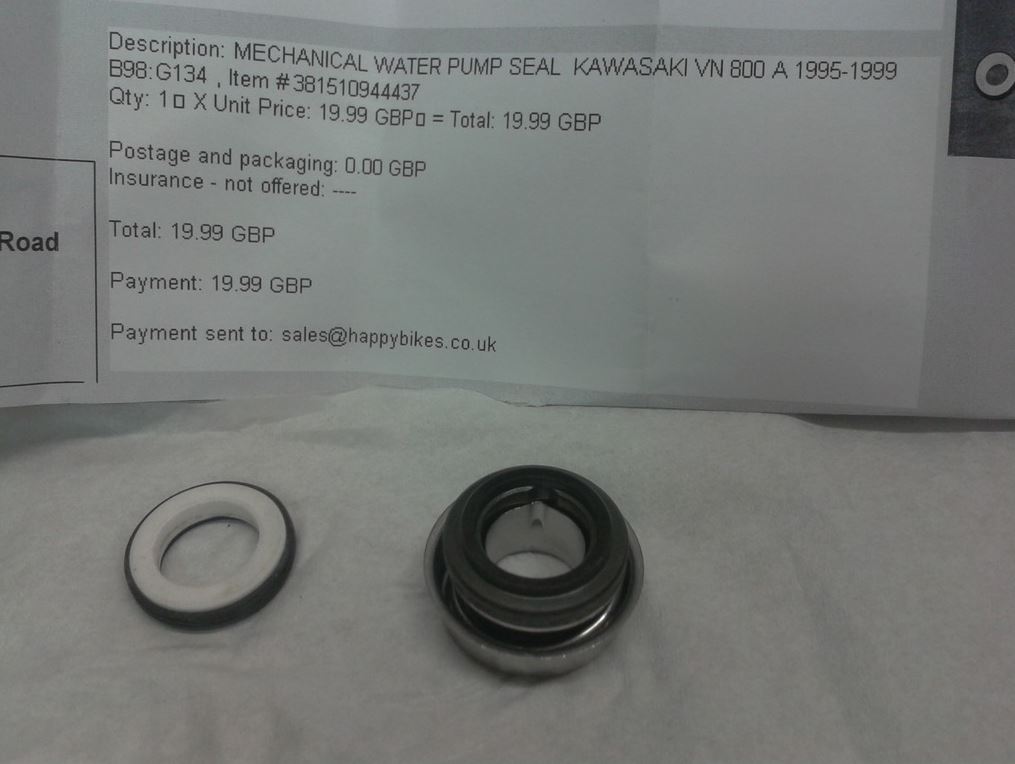 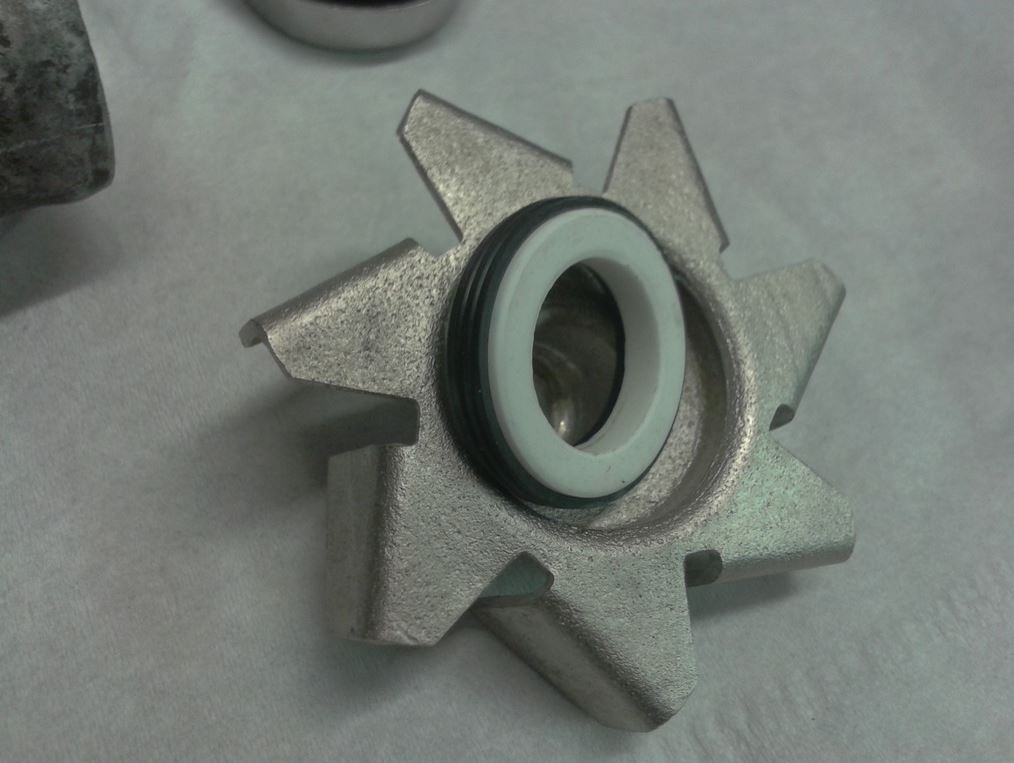 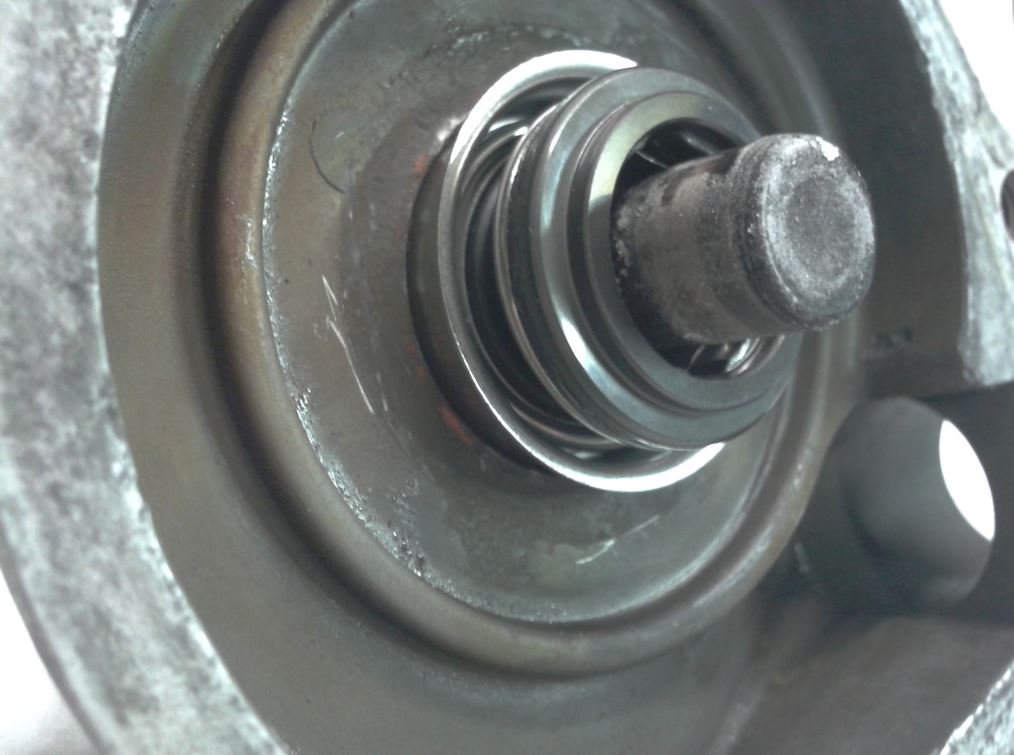 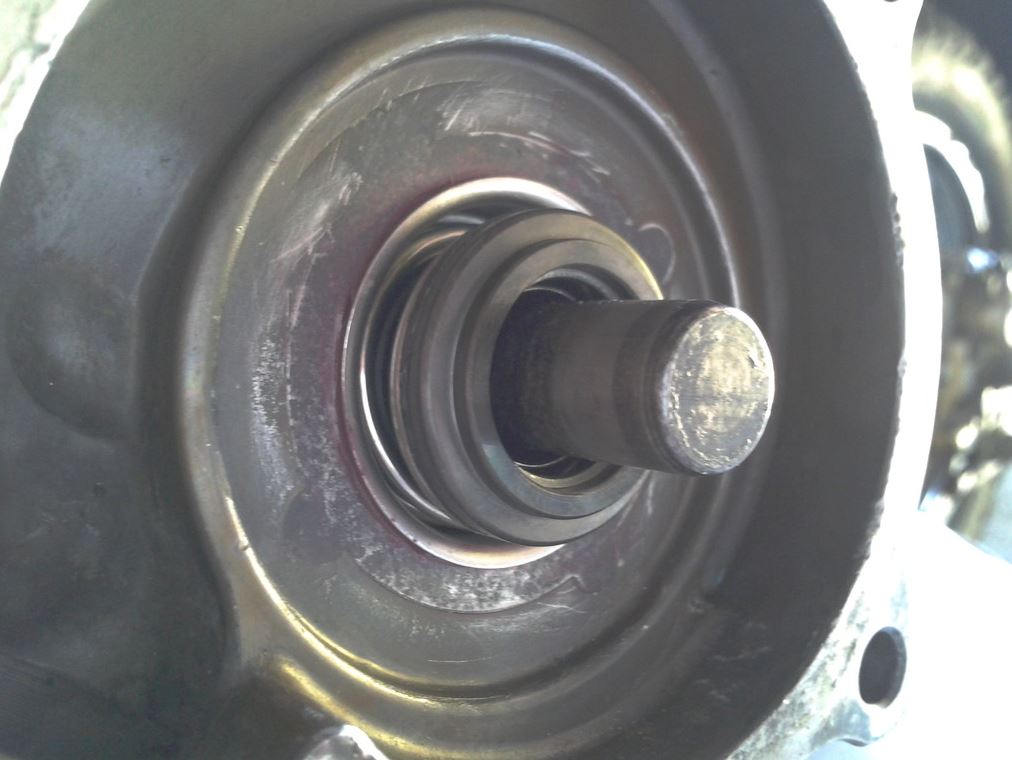 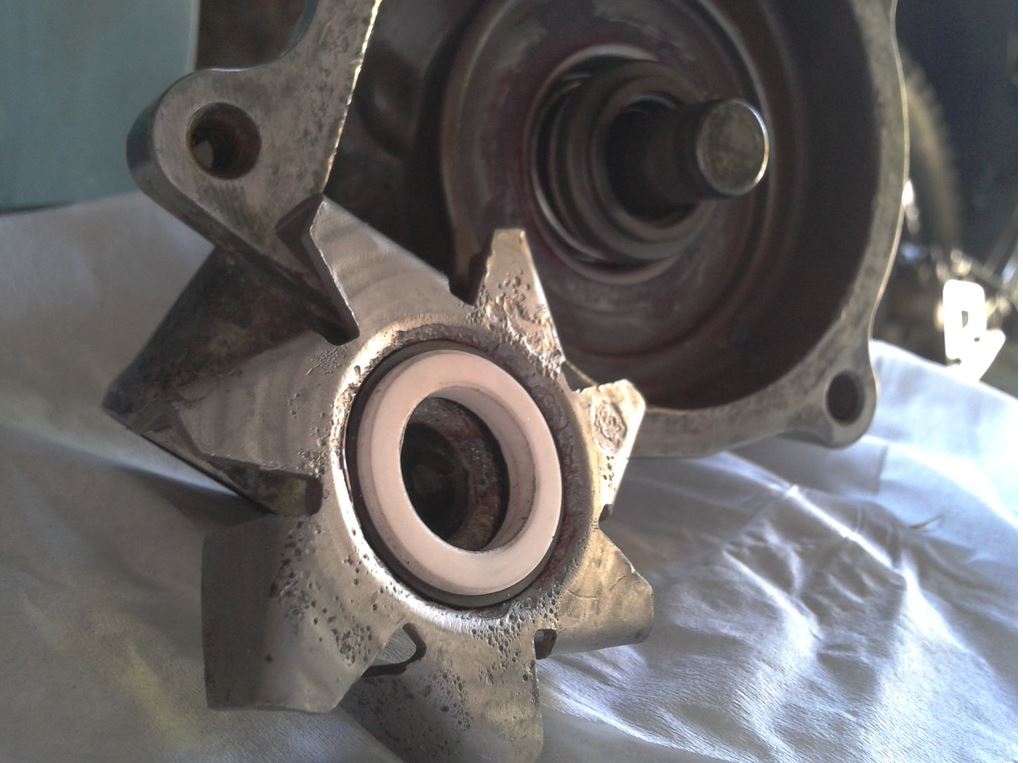